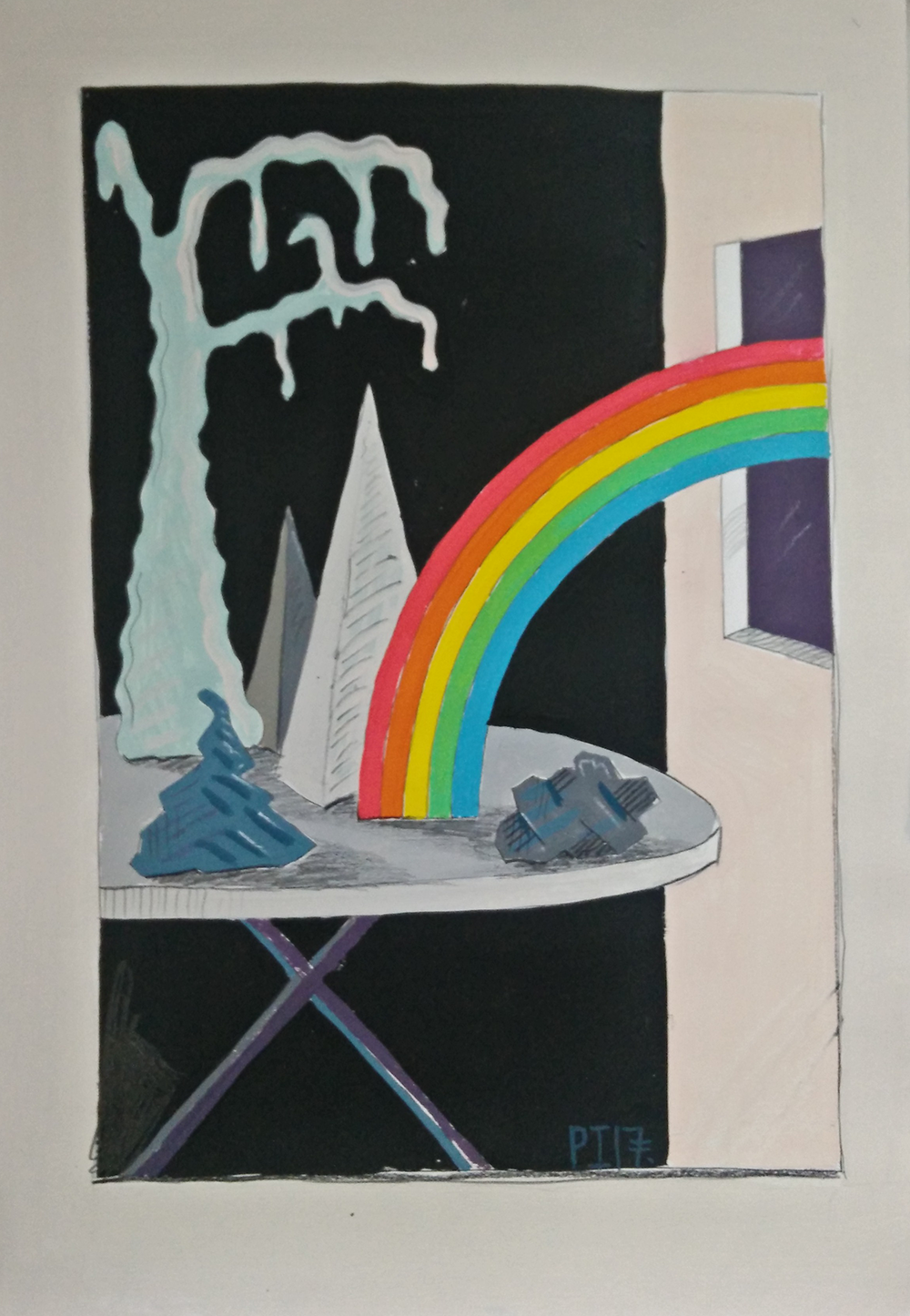 Paul Insect is a British street artist, most famous for his first solo show Bullion exhibition at London’s Lazarides Gallery, when Damien Hirst purchased the show days before it opened. Insect also goes by the name of PINS.

He has executed some of the most celebrated and provocative exhibitions in recent memory for which he draws inspiration from the absurdum of Dada, combined with the sleekness of modernism, yielding surreal renderings that point playfully at the deep dark underbelly of adult life. In the 1990s, Insect became known for his witty stencil and spray painted works, before transitioning to the gallery scene with color-drenched canvases, which teetered precariously between tradition and something far more messed up. Never before has chaos been channeled in such clean lines.

Along with eye-popping gallery exhibitions, Insect has established himself as one of street art’s seminal figures. Known for his visceral pop style, Insect mixes bright colors with morbid themes, Donald Duck and Pinocchio brandishing guns and bombs, while human skulls sport multi-hued Playboy bunny ears. His self-portrait in bronze, “Pixel-man” has a computer-headed body melting, clutching a keyboard, while a second set of arms are tied behind his back.

Insect’s work has evolved from Victorian graphics to Dada-esque collage. There is primitiveness to his aggressive subject matter that is almost disguised by his joyous use of color and entertaining style. Insect’s dark content lends itself to a fun, playful display of baby heads split open, Bishops on i-books and smoking joints with clown hair and mice noses, skeletal playboy bunnies adorned in bling and angels clutching syringes. His images are provoking yet light-hearted and demand a sense of morality that transcends common acceptance.

Paul Insect’s images are provoking and prodigious, dripping as much with sensitivity and gravitas as they are with sex and death. His refined interpretations of visceral subject matter depict the frustrations of a modern man, teeming with unkempt aggression and sexuality, but yearning for a higher moral purpose.

Insect has painted alongside Banksy at The Can Festival, produced album art for DJ Shadow and has worked on the separation wall in Palestine. His work can be spotted everywhere from the streets of London to LA or Stockholm to Sydney. Paul Insect lives in London.