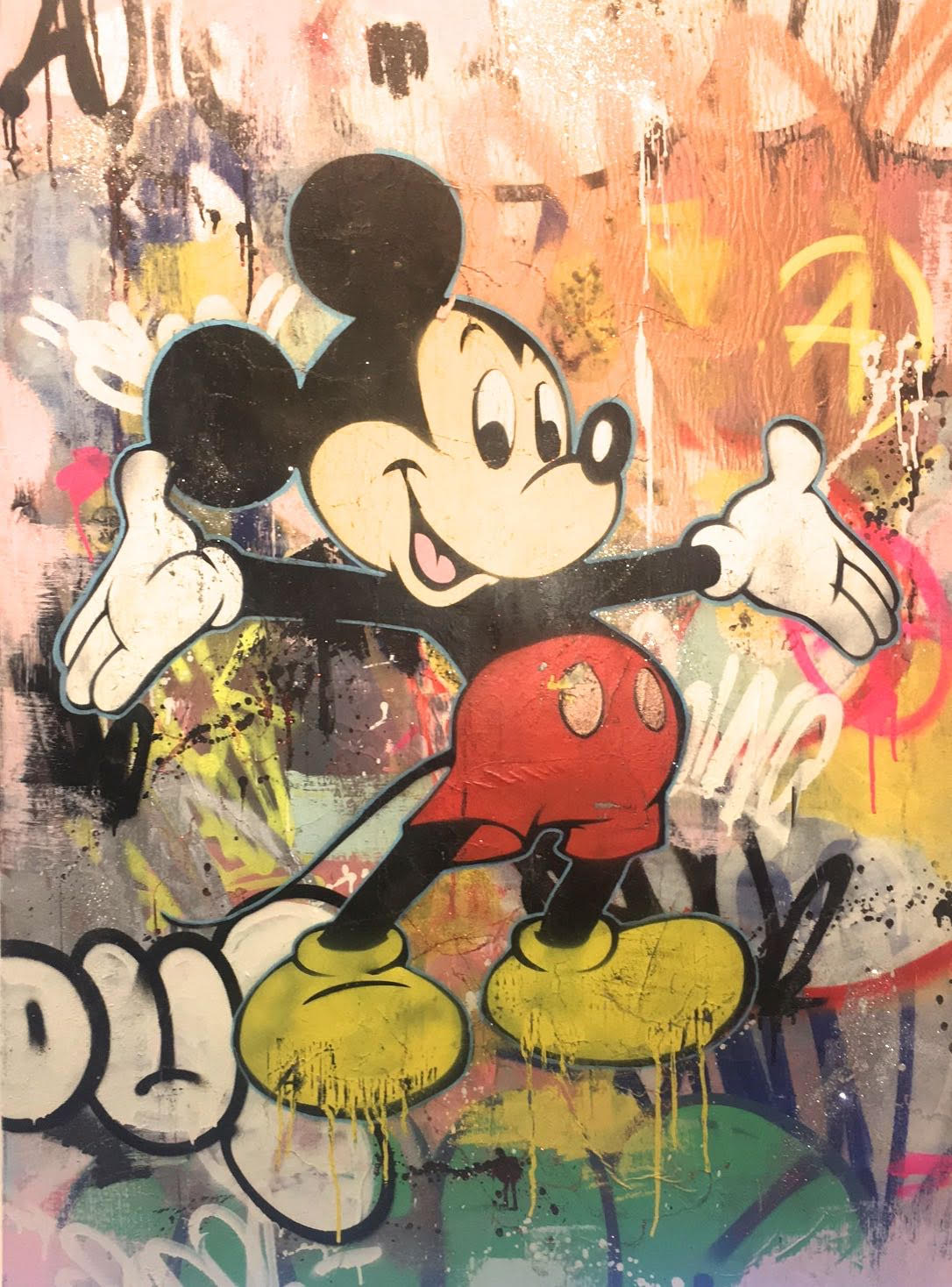 Marco Polo is the alias of a Essex based graffiti artist, Marco Polo has worked on walls on the streets of London, New York, Los Angeles, Barcelona and of course Essex!Using different forms of media and materials (stencils, spray paint, oil paint, resins and wheat paste) to bring a cocktail of pop art and iconic characters to the streets.

Marco started "tagging and bombing" walls in Essex in 2012. The name Marco Polo came about as a form of taunting the Essex/metropolitan Police force that resulted in the game of catch me if you can against the police and their crack down of street and tube taggers in 2013.

Eventually being caught in 2014 Marco Polo took his art off street walls and decided to use canvases on gallery walls instead. Marco is a huge fan of the 80s graffiti movement in New York mainly focusing on the bright colours and messy subway taggers that covered walls in their crews tags and logos, using this inspiration for his backgrounds.When painting on canvas Marco uses the same format as he did on the streets, post up and get the image done as quick as possible then get out again, leaving the images left behind on the canvas with a raw street art feel.