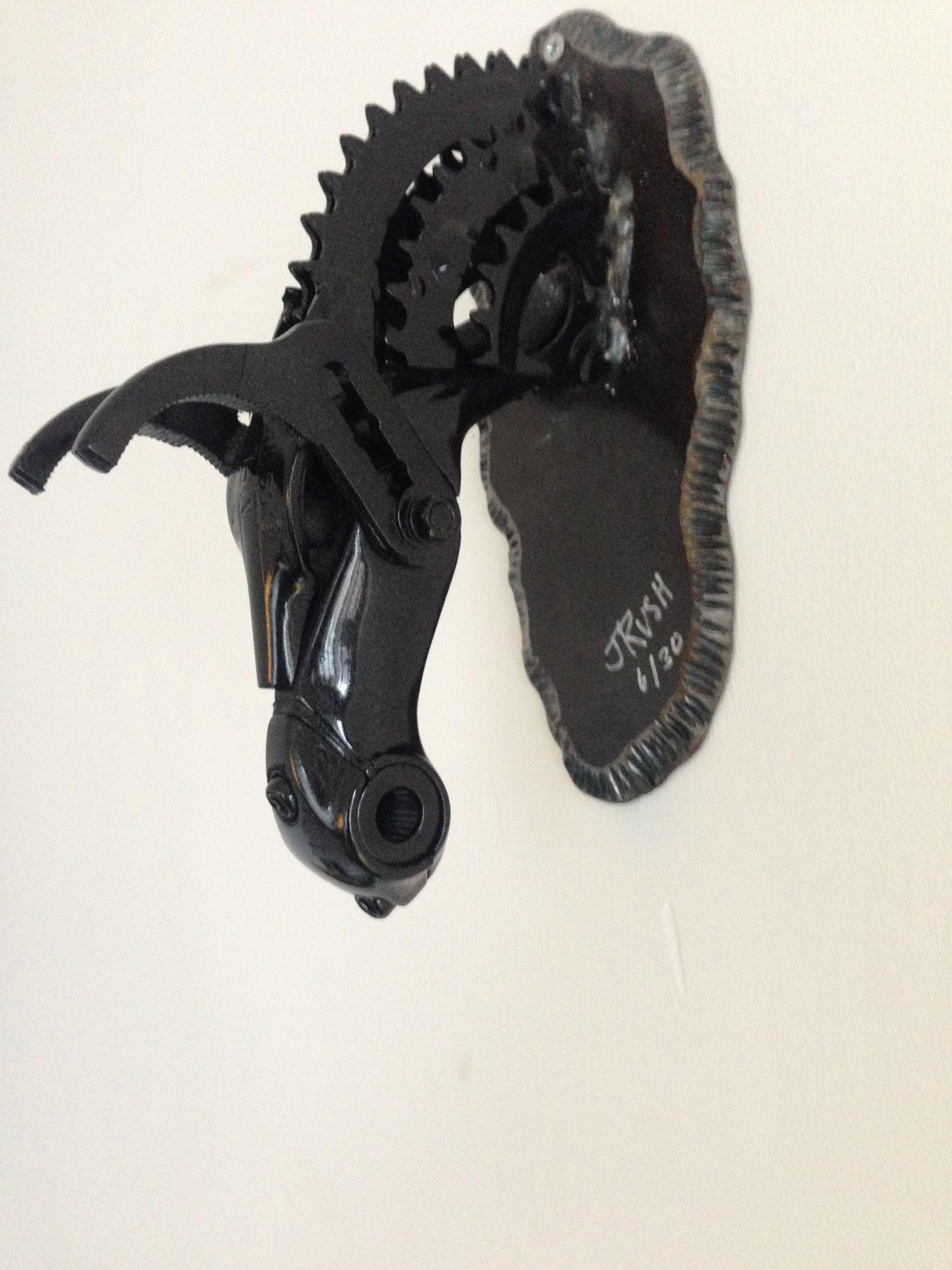 Mutant artist, hero of the British counterculture, Joe Rush founded in 1984 the Mutoid Waste Company with an ideal of freedom embodied by an inseparable trilogy : the art, the party and the travel in 1980's London, defying the Thatchers regime repression, the Mutoid Waste Company, an underground travelling collective of artists and performers, organised and scenographied illegal giant installation parties with an apocalyptic aesthetics ... In those derelict environments he occupied and mutated, Joe Rush introduced his art and exhibited his mechanical, mutant and monumental works. His galleries were those legendary and spectacular shows he produced everywhere in Europe and in Glastonbury festival. Neither « Street Art », nor « Conceptual Art », Joe Rush’s surrealist pop art is a democratised art. Founder of the British Salvage movement, adept of the DIY, Joe Rush is the first upcycler of the underground. Salvaging the significative waste of our consumers society, he transcends it into various artworks ranging from design to piece of art, infinitely small to monumental. His mutant sculptures made of military and industrial scrap are the historical mirrors of our societies. In 1990, in Berlin he converted the Cold War heavy artillery into sculptures of peace. Erecting the « Silver Bird of Peace », a mig-21 stolen from the Russian army, and Tankhenge, Stonehenge made of tanks, in the heart of the no man's land, he celebrated the ending of the Cold War. Two decades later, his imagination still designs the framework of his daily life. Regarded as the guarantor of the underground ideal, he is, for a whole generation of british artits, the embodiement of a militant way of life. The founder of the Mutoid Waste Company is also the inspirer of the British street art movement. Banksy claims its heritage and Damien Hirst collects his works. In 2012, Kim Gavin entrusted to Joe Rush the art direction and creation of the vehicles, mobile stages and props of the London Paralympics Closing Ceremony. The press unanimously praised the subversive and original aesthetics of this show dedicated to the margins. In 2013, the mechanical, giant and pyrotechnical Phoenix created by Joe Rush animated and illuminated the first Rolling Stones’ performance on Glastonbury Festival’s Pyramid Stage. In 2014, with « A Kiss on the Apocalypse », a rock n’ roll mechanical show, he imagined the apocalyptic destiny of our planet and staged a mutant world built on the remains of the defunct society. In june 2015, he displayed in Glastonbury Festival six monumental sculptures llustrating the major themes of political ecology.